68 replies to this topic

Hey guys, thought about what Aran said on the CWB thread, why don't we suggest what we'd like to find in the Carved Wooden Boxes or for events or maybeh even for the 2nd Anniversary? :'D

Remember what she said though! If it is in a Myshop box, it'd be a form!

Just link up in the chat what YOU think would be worth finding there, wether it's a good looking equipment to a good stats or maybe just for the giggles! :'3

Myself, I'd loooove to find for example: 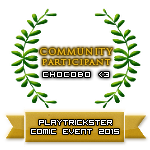 I have a bunch of ideas, the 2 things I really want are Dino Hat and Santa's Hat ^^"

I thought Witch Pepe and Neal will be on this coming patch update (Gacha)? Same with Tenter Lion and Karan for boxes.

I'm hoping to have these items on CWB.:3

Guardian Robin's Staff 260 *cuz I need a fire attribute staff near 250's....if it can't be implemented hope it can be obtainable in other ways

I hope some of them will be on CWB

it was on myshop during s1 then it got removed...

Yes, I know but there are lot of MS items in the CWBs, I thought since it doesn't have any really useful stats then it would be ok ^^"

I think if you want something sooner, maybe suggest it in the patch notes? Also, gacha items are probably being reserved for the actual gacha towns as well as event prizes. Proper quote from Aran about myshop boxes:

You guys could open a new thread called new content for CWB, and put up suggestions in it for inclusion when we update CWB, say, maybe in August (our 2nd anniversary). Item must have ggftw link, and not from myshop boxes (if from myshop boxes, the item will come out as form/model only, no stat).

So I have another suggestion; As CWBs are kind of the only proper galder sink in the game, can we add Aria exchange items to them? Items like the card hunter crests, or even the card hunter crest boxes, weird boxes, or the arcana cards and mystery cards. For the items like the crests and cards, maybe have them pop out in decent stacks (5, 10?). Since the CWBs are a gamble themselves, I don't think it'd ruin the game (probably, if anything it might give value to galder once again?)

What do you guys think?

Would love to see most of these ;o;

rip to my funny bad though, yet another hat ;_;

Can't we keep S1 things in S1? There aren't many exclusive items on this server, and won't be any if we keep re-releasing pretty much everything.

i'll just stop to reply then.
You can suggest whatever you want.

Nah keep the suggestions coming! Regarding Gacha items, it could be as a suggestion more related to Gacha, as in if we could maybe get that town at a certain point,etc. Don't be scared to suggest to get shut down! We need your thoughts regarding this :'D !

There's this tune I found that makes me think of you somehow... And I play it on repeat... Until I fall asleep...

There's a few items I would like to see in those boxes. <3

Mostly Head items and Pets, I hope at least one of these guys makes it.

Also tagged with one or more of these keywords: cwb, boxes, suggestion, content, update