24 replies to this topic

This event is has ended but you still can hunt the BlueBlue Penguin and PinkPink Penguin in field maps throughout Caballa Island to get this item. The bag does contain good items for you to support your play in game.

1. A char must be level 40+ to be able to participate in this event.

3. To do the event quests, please follow the steps listed in the WebArchive link above.

(i) Pen is dropped by Fanta Fish.

(ii) Paper is drilled in Desert Beach Fields 2 or purchased at any Item Girl.

(iv) Witch Powder can be purchased from Witch La Befana in Icy Antechamber.

Choose Hilde's second option to teleport to La Befana at the Icy Antechamber.

(ix) Love Support is dropped by any monster of Caballa Island.

(x) Silver Ring is drilled in all Caballa Island.

(ii) Officer Tera at Megalopolis square (she has 1 quest)

(iii) Gaollen Heorot in Event Garden – Ceremonia (he has 3 quests)

The Guardian Knight monsters can be found at the following locations:

7. The order of the quests:

1. This event does NOT include the parts about Apprentice Set, Apprentice Special Set, and Guardian Knight Letter.

2. Players may choose not to exchange the Heorot items & the Sir Gaollen pet they originally got from the event NPCs. These items are already good items. However, if players want to get the reward items listed above, then they can do the reward exchange with GM_Wan in Event Garden.

Please read this. It will help you to navigate your game in RTO.

This contains information about Trickster Online as presented in the original GGFTW site.

When you have your hax gears equipped ~

Thanks for the update and for answering my request

I'm glad you could meet my needs.
Thank you!

Unfortunately there is no gun as a reward ...
I made the mistake of exchanging the physical pet for a magician at the npc GM Wan.

But it was still a good event.

Next month, can we have a drilling event for fiesta marbles ? Fiesta z2 everyday can be very boring.

Hi aran, thanks for make Torobbie items fusible, but pls forgive me, i forget to ask if u can make then tradeable for the next patch (stick and shield cannot be tradeable), it will help aloat to transfer this items for new chars without the needeed to use the Auction House, thanks for your attention 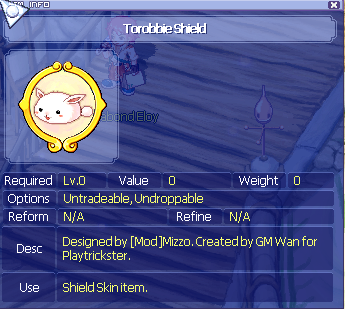 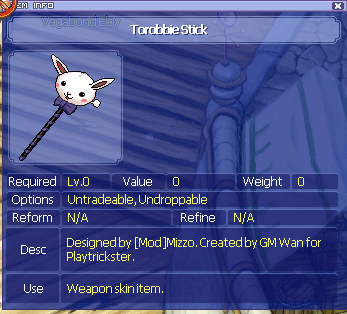 Hello, i would like to ask you if is possible the next patch have some event with Willies Stabilizer like prizes

Have a good day

I know its quite late, but can we have Janus for easter event?

Oh, sorry, you're right. Idk why my brain equates Janus to Ed.

I suggest a super Janus with greater drops. Sounds like a challenge and fun boss raid with guildies.

Also tagged with one or more of these keywords: gelatina, choux, parfait, cioccolato, magician dragon, sylvia, return to sender